The world doesn’t always make sense? So why should art? At least that’s what the Dada artists of the early 20th century believed. In the fever of WWI, a group of artists banded together at the Cafe Voltaire in Zurich, Switzerland and began to create work that questioned the limits of art and of humanity. Their emphasis was on chance, accidents, the insane, the absurd – all in all responding to the horrors of the war. Hannah Hoch’s photo collage is a perfect example of the chaos the Dadaist attempted to illustrate. Specifically, she is criticizing the Weimar Republic – the controlling government in Germany that came out of the war and was ultimately a failed attempt at democracy. Photo collage, or photo montage works so well here in its strange skewing of reality. Hoch takes images from newspapers and combines them in irreverent and nonsensical ways – distorting what is real and what is imaginary. It is actually a quite cutting example of the power of propaganda as well – as often the newspapers were (or some would argue are still) chalk full of images that request a specific response. It is as if Hoch jumbles around the news to give us a more ‘true’ version of reality – or at least what her reality felt like during her historic moment.

2 thoughts on ““Cut with a Kitchen Knife”” 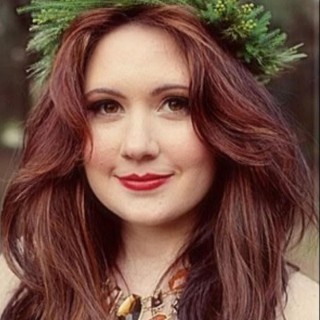 I am merely someone who finds pleasure in the everyday and the posterity of those experiences that make life extraordinary. As anyone, I wear many hats. Woman, wife, sister, daughter, friend, teacher and aspiring writer. I love Jesus and I want to live a life of purpose. I believe that in being a good steward of all God has gifted us we all can live more compelling and fulfilled lives.